How the Foundation Puts the Action Behind the Ideology

The Steve Menzies Global Foundation fills the void in international relations left by government inaction. Citizen diplomats step into complex negotiations free of bureaucracy and political motivations by using their creativity, skills, and passion to resolve some of the world’s biggest challenges.

Many crises center around intense person-to-person interactions that progress faster and more effectively when the people involved are free of historical baggage and ulterior motives that hinder trust. The Foundation brings the planning and negotiation skills to these engagements along with the vehicle that carries them to successful resolution: action.

From initial planning, to funding, to equipment and resources such as aircraft and medical staff, through negotiations and plan execution, the Foundation has been involved—and is currently involved—in important diplomatic engagements in some of the toughest places around the world, made even more difficult by the Coronavirus pandemic. These engagements require precise planning and research in every detail, synchronization of a multitude of assets and people, and the patience and will to navigate unpredictable negotiations.

Organizations seek us out when the stakes are high and the need is urgent for economic resources, operational capabilities, and a particular set of intellectual skills—from research to negotiations— in order to take on the most complex humanitarian crises happening in the world today.

The Foundation advises on and manages the logistics for diplomatic engagements around the globe—engagements where success or failure hinges on operational planning, execution, and economic resources. With instability afflicting so many parts of the world, our expertise combined with the scale and precision of our operational infrastructure are increasingly sought after to support some of the world’s most complex situations. While some engagements require confidentiality in order to succeed, we offer details where we can, which you’ll find here and in our press section.

The Citgo-6 are six American oil executives who were detained in Venezuela in November 2017, arrested on corruption charges. Venezuela holds three additional Americans accused of conspiracy. At the request of their families, The Richardson Center for Global Engagement, in partnership with The Steve Menzies Global Foundation, has been working for their release.

Negotiations with President Maduro See Meaningful Progress
Steve Menzies personally led the preparatory and in-country logistics for The Richardson Center for its away trip to Caracas that began in early July 2020.  The in-country team consisted of six people including The Richardson Center’s founder Governor Bill Richardson, its Vice President and Executive Director Mickey Bergman, and Steve Menzies, all who stayed in Caracas for a week of face-to-face meetings with President Maduro and former Vice President Jorge Rodríguez. The tireless work of the team succeeded in reducing tensions, fostering peace, and opening the door for further discussions.

The Foundation provided logistical planning, negotiation advisory, three private planes and crew, medical staff and supplies, translators, security personnel, ground support, lodging, and use of its operations center in the U.S. throughout the trip. The Foundation provided over twenty support staff working around the clock while the operation was underway.

Detainees Relocated and Trials Announced
Two of the Citgo-6 — Gustavo Cardenas and Jorge Toledo — were moved from the Heliocide prison to house arrest soon after the humanitarian visit to Caracas.

The trial of the six American oil executives was also accelerated. The lingering case appears to have taken a new sense of urgency on the part of the Venezuelan courts, which defense attorney Jesus Loreto, who represents CITGO detainee Tomeu Vadell, credited to the Richardson/Menzies July meeting with President Nicolás Maduro in Caracas.

Assistance for Families of Hostages and Detainees

One of the most odious experiences family members of those who’ve been kidnapped or imprisoned go through is falling prey to bogus organizations claiming they can negotiate release-for-payment. Already desperate, the families run the risk of losing a substantial portion of their net worth when “working” with these types of bad actors. Many illicit organizations and individuals claim they have an “inside connection” or take false credit for past hostage releases. Beware of any organization that asks for money, fees, expenses, or ransom; legitimate organizations that facilitate negotiations and release are charitable organizations that charge nothing.

The Steve Menzies Global Foundation is an independent, non-partisan, non-profit foundation that helps facilitate and fund the planning and logistics behind the release of citizens who have been kidnapped or detained in some of the toughest areas of the world. All support from our Foundation is provided free of charge to victims and their families. 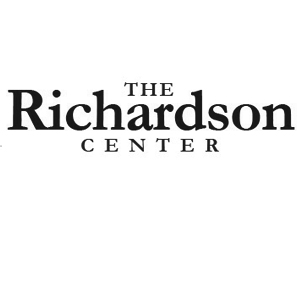 Want to Learn More or Get Involved